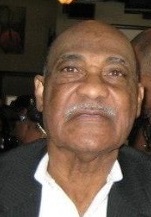 Willie Hawkins, the second oldest son of the late Frank and Fannie Hawkins was born on January 10, 1938, in Marion, Alabama. He died Sunday, May 15, 2022, at Glendale Place Nursing Home in Cincinnati, Ohio.

Willie grew up in Lincoln Heights, Ohio. Willie attended the historically significant Lockland Wayne High School graduating in the Class of 1956. After graduation, Willie served his country in the United States Air Force. After Willie’s service in the US Air Force, he returned home to Lincoln Heights. Willie retired from Frisch’s Corporate Office where he served as a computer analyst for over 30 years.

Willie’s true love was always music. His love for singing started at the mere age of two. As a young man, he was musically trained through piano lessons. He was able to fully develop his talent to have a long musical career. He was tutored by Dorothy Jackson and Reverend Strayhorn at the beginning of his musical journey.

Willie was a great pianist. You could feel God move when Willie played. Not only that, but he also had the voice of an angel. His range was incredible. He had the natural ability to sing both high and low. His voice was a sweet sound whenever it was heard. His playing and singing captivated congregations all over.

Willie’s musical career started in the early 60’s when he and several others started singing at the Cincinnati Choral Union.

He later went to serve and fill in for the late Dr. Charles Fold, who was performing with the Gospel Messengers. Willie also played for the Golden Larks, which became the Mello-Aires. Willie performed with the Mello-Aires until 1977. Other groups that Willie played for included Phil Jackson Singers, Moon Rivers, the Pentecostal Travelers, and The Six Choir Union.

In 1978, he started the Willie Hawkins Singers. In 1980 in Memphis, Tennessee, the Willie Hawkins singers recorded an album that was produced by Jesse Butler. Unfortunately, the album was never released. That group disbanded in 1985. The last group that Willie played for was Dreams and Visions.

He was preceded in death by his parents, Franklin and Fannie Hawkins, and brother Ralph Hawkins. He leaves to cherish his memory five brothers, Franklin (Tiny) Hawkins, Raymond Hawkins, Lawrence (Teresa) Hawkins, Erskine Page, and Larry (Diana) Hawkins; one loving sister Venus Peek, sister-in-law Joyce Hawkins and a host of nieces, nephews, cousins, as well as many other relatives and friends.

His family would like to extend a special thank you to everyone for your prayers, expressions of kindness, and sympathy during this difficult time.