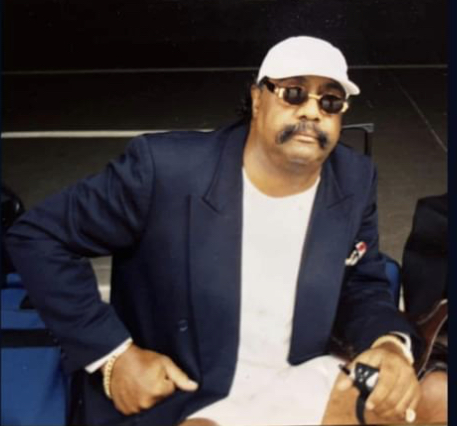 On September 4, 2022 Wallace Randolph “Sonny” Hawkins Jr. went home to be with the Lord.

Sonny was born in October 1947 to Minnie and Wallace Randolph Sr. His parents along with his sister, Carole Hawkins (Dunn) relocated to Cincinnati, Ohio. At an early age Sonny gave his life to Christ. He later rededicated his life to Christ and joined Philippian Missionary Baptist Church under the direction of the late Rev. Jesse O’Conner. After moving to Florida, he continued his devotion to the Lord as a Servant Leader under Charles Edward Preston.

He attended Cincinnati Public Schools and graduated from Central High School. Sonny worked along-side his father prior to being drafted into the U.S. Military (Army). He was trained as a Military Police and for Special Assignments.  He was honorable discharged from the military as a Specialist Fourth Class.

Sonny worked as District Manager for the Boy Scouts of America. He was responsible for securing scholarships for young men. During this time Sonny attended and graduated from the University of Cincinnati with a Bachelor of Science Degree.

He later became director of D.A.R.E. at the Central Community Health Board. He later went back to College and graduated from Xavier University with a Master’s Degree. along with many other accomplishments, in 1976 Sonny received the award of Outstanding Young Man in America.

Sonny had the honor over many years to receive keys to the cities, as well as proclamations from various mayors.

Sonny relocated to Florida which was to be his retirement place. However, Sonny never retired from the Entertainment Industry. While in Florida he worked for Project Hope, helping Katrina survivors. As well as Community Connection, where he served helping Veterans and their families. Sonny really enjoyed helping people.