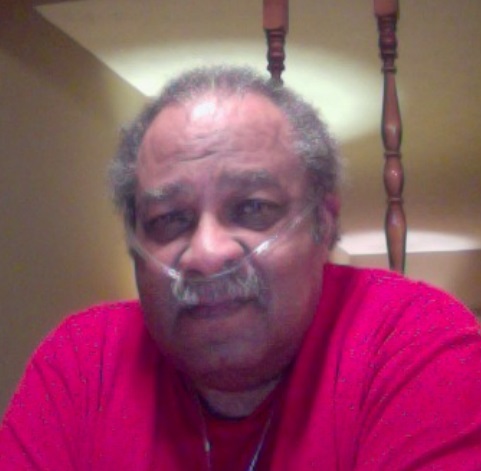 Terry Tyrone Wiggins was born June 12, 1945, in Warrington, Florida to Rosa Lee Gillis the oldest of three boys his brothers Calvin Bruce Gillis and Rodney Douglas Gillis. Terry graduated from Booker T. Washington High School in Pensacola Florida. He attended Tuskegee Institute (University), graduating in 1967 with a Bachelor of Science degree in Biological Science with a minor in Chemistry. While at Tuskegee, he pledged the Alpha Phi Alpha fraternity and joined the Air Force R.O.T.C., entering active duty in the United States Air Force as a commissioned officer in September 1967. Terry met his wife-to-be, Virginia Louise Pughsley while attending Tuskegee and they were married on December 22, 1967. Born out of the union with Virginia were two sons, Kacy Dennis Wiggins and Kraal Abdul Wiggins.

He rose to the rank of captain in the USAF, attending Navigation School, Missile Combat schools, and Squadron Officer School. His primary specialty in the Air Force was Scientist, Special (Operations Research). His secondary specialty was Missile Launch Officer/Missile Test Engineer. He received the Air Force Commendation Medal, the National Defense Medal, the Air Force Combat Crew Medal, the Presidential Unit Citation, the Air Force Longevity Medal, and the Air Force Outstanding Unit Citation. Terry served in the USAF at Kirkland Air Force base in Albuquerque, New Mexico, where their first son was born. He was also stationed at Minot Air Force Base in Minot North Dakota (where their second son was born) Lastly he was stationed at Wright Patterson Air Force Base where he was honorably discharged in July 1975.

After he was discharged from the Air Force he and his family moved to Cincinnati where he was employed at Sun Chemical and later at Henkel/Cognis where he took early retirement in May 2001.
After moving to Cincinnati Terry joined Allen Chapel AME church where he was a faithful member for many years.

In 2006, he became seriously ill with a respiratory illness and had repercussions for the rest of his life.

Terry was an avid news watcher taking in local and national newscasts and watching news shows on PBS and from the BBC. He enjoyed looking at cars and going to car lots to see the latest models. He liked listening to jazz music and sharing his thoughts about all kinds of issues on Facebook. But most of all Terry loved his family and friends.
Terry was preceded in death by his Mother Rosa L Gillis and his Brother Calvin Bruce Gillis.

Terry loved and was loved. As a reminder mini keepsake urns will be given to his sons, granddaughters, and brother. Precious Memories may they linger!

Plant a Tree
Plant a Tree
Charity
Donate Now
Events
There are no events scheduled. To plant a tree in memory of Terry Tyrone Wiggins, visit the Tribute Store
×
×