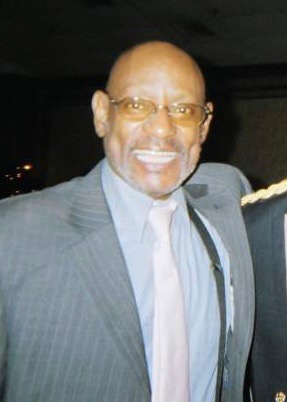 DEACON ROBERT A. HARNEY, SR. was born on June 19,1941; the youngest of five children born to Earl and Lorena Harney in Cincinnati, Ohio. On May 26, 2022, the Lord called him home to be with his Lord and Savior Jesus Christ.

Deacon Harney grew up in the Walnut Hills area of Cincinnati and attended Samuel Ach High School. At an early age, he developed a love for singing, football and boxing. In 1957, he enlisted into the Ohio Army National Guard serving as a truck driver and supply clerk receiving his honorable discharge in 1965. In 1959, he met and married Carol Williams and to this union were born three children (Robert Jr., Sharon and Anita).

Deacon Harney received Christ and was baptized at an early age. He faithfully served the Lord exercising his spiritual gifts serving in the New Prospect Baptist Church Inspirational Choir, and with the New Mission Missionary Baptist Church Choir. Deacon Harney was also a member of “The Gospel Larks” gospel singing group which recorded an album in the 1970s. He was also a member of Masonic Lodge #122 and The Shriners Sinai Temple No. 159.

Deacon Harney was employed as a factory worker, mechanic, and school bus driver until he retired. In 1995, he was ordained a Deacon and was eventually appointed as Chairman of the Deacon Board at New Mission Missionary Baptist Church under the guidance of Reverend Dr. Robert Smith, Jr. and Reverend Tracy E. Ventus. In this capacity, Deacon Harney took pride in serving on the Sick and Shut-in Visitation Team until his health prevented him from doing so. In his spare time he could be found tinkering around in his “ACE hardware” garage and was often summoned by neighbors, family and friends for home improvements or car repairs.

Deacon Harney was a passionate believer in organ donation and as a result of his death over 70 people will benefit from his donations. His organs will be used to treat cancer patients, traumatic burn injuries and spinal cord injuries.