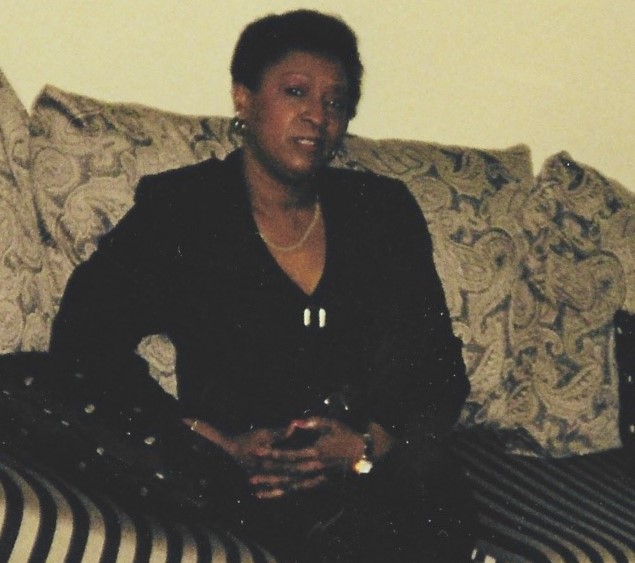 Mary Frances Winston Gibson aka Barbara Jean James was born on March 14, 1945, in Richmond, Virginia to the late Fannie Lou Carlisle Winston and James Edward Thornton. She was raised by her late great-grandparents Israel and Jennie Davis James in Rocky Mount NC. She received the Lord at an early age at Ebenezer Baptist church. She was in the choir

She attended Booker T. Washington high school in Rocky Mount NC. She had fond memories of high school and attended several class reunions. She left Rocky Mount, NC and lived in Annapolis, MD for a while and then moved back home to take care of her Great-Grandmother until her passing.

She moved to Detroit, Michigan with her Aunt Fannie and Uncle Roy Williams to pursue her education in nursing at Highland Park Community College. She was a member of New Saint Paul Missionary Baptist church where she was a member of the choir, and she was the church secretary. There she met good friends Helen and Richard Gibson, who would bring her to church. While going to church she and a friend would socialize with the Gibson’s and their children. She would later be introduced to their son Richard Carl Gibson. She worked as an LPN and Trainer of nurses at Mt. Carmelite nursing home for retired Priest and Nuns.

She and Carl married on October 24, 1970, in Detroit MI. They had their first child Carla Nicole in 1975. Then relocated to Cincinnati, OH in 1976. They joined New Community Baptist church where she was over several ministries. She was the leader of Mission group #1. She was a member of the choir and choir director on occasion. She started and ran the food pantry and a part of hospitality at the church. She was a member of the Southern Baptist convention. In 1983, Richard Sean their second child joined the family.

In 1987 the family joined Abundant Life Faith Fellowship, where she remained a member until her transition. At ALFF she held several positions. She was the choir director for a time.  Also was an ordained minister, adult Sunday school    superintendent, event coordinator, cell group leader, ministry head of hospitality, AZAR, food pantry director, greeter/usher and a host of other positions.

Jean had several businesses in her lifetime. She was a seamstress. She owned Nikki’s Beauty Boutique from 1985-2002, and was the nail tech. The salon was the first Black owned salon in Forest Park. Wedding Revelations by Jean, owner and event coordinator. She had a blog “I wish mama had told me”.

Jean was a servant of God throughout her entire life. She leaves a legacy of Love, Strength, Mercy, Grace and above all else Faith.