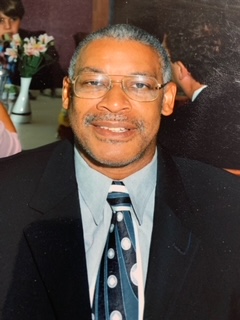 Luther Brown, Jr. was born to Luther Brown, Sr. and Lavern Hill Brown on November 21, 1951 in Cincinnati, OH. Luther (aka Skip) grew up in the West End in Cincinnati, Ohio and graduated from Robert A. Taft High School with honors and ranking 3rd in his class. He received a full scholarship which allowed him to attend the University of Cincinnati receiving his BS Degree and Master’s in Organizational Development. Upon finishing school, he worked in the Office of the Cincinnati City Manager. Later, he moved to Houston, Texas and married Glenda Miree in 1983. To this union one son was born, William Isaac Brown.

After moving to Houston, TX, he worked for Houston Metro and later for Fluor Daniel Engineering for over 20 years and then returned to Cincinnati in 1992.  At that time he and his family      united with Allen Temple AME Church. Luther had a love for education and believed that all children deserve the opportunity for a first class  education. He served on the Phoenix Community Learning Center’s Board of Directors from 2001~2021. Luther was a quiet spirited man with a big heart and a big smile. He was an avid reader and loved jazz. His favorite artist was Miles Davis. He was never more comfortable than when he was listening to jazz or watching sports with family and friends. He departed this life on November 24, 2022 and went home to be with the Lord.

Luther was preceded in death by both his parents. He is survived by his wife, Glenda Brown; son, William Isaac Brown; sisters, Carol Brown, Viola Brown, Iola (William) Johnson; his brother, Anthony Brown; along with a host of nieces, nephews, cousins, in-laws and life-long friends, Howard  Tribble and Billy Williams.  Luther’s  memory will be forever cherished.