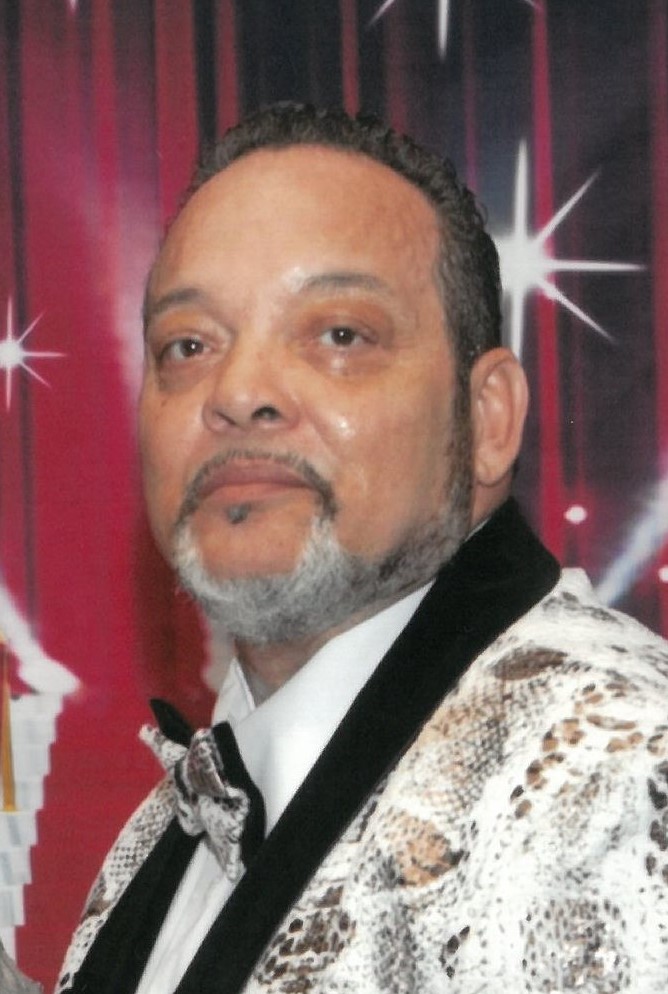 Kenneth J. Smith was born on February 22, 1961, to the late John and Shirley Smith of Cincinnati, Ohio. He transitioned into eternal life on January 7, 2023 and is now resting peacefully.

Kenny accepted Jesus and was baptized at Bethlehem Baptist Church. He later joined Peace Baptist Church under Pastor Kenneth Manuel. He continued as a faithful servant being covered by Pastor Tom Brame. Kenny was a true worshipper. He was a member of the Men’s Ministry, PUSH (Pray Until Something Happens) Ministry, Peace Baptist Choir and the Male Chorus. He led numerous songs. His signature song became ‘Let Go, Let God’, by DeWayne Woods. Kenny was also part of the Stage Production Ministry. He loved God with his entire being and was delighted when talking about God with others. Kenny demonstrated the fruit of the Spirit; love, joy, peace, patience and more.

Kenny graduated from Hughes High School in 1979. His love for music and gifted voice created the opportunity for him to be appointed in the Cincinnati All Boys City Choir. He also played on the school’s basketball team. Highlights of Kenny’s work history are that he was an industrial and automotive painter for over 20 years. He was also a general contractor and maintenance supervisor for 20 plus years until his retirement. Kenny was a visionary and known as MacGyver. There was nothing that he could not fix. Whose house has he not worked on? (Smile).

Kenny enjoyed spending time with family and friends. He loved going fishing, listening to old school music, going to breakfast with Donald Edwards and the guys, having impromptu lunches with his sisters, and remodeling buildings with his brothers and sons. Kenny was a great mentor and father figure to many. He had a contagious personality and mastered the ability to make others laugh.

For nearly 43 years, Kenny and Angie were best friends, 42 of those years were shared in marriage. Kenny loved him some Angie whom he passionately called Ann. To his children, Kenny B., Tionne, Kenny S., Meka, Ayanna, and Kayahna, he was their Super-Hero. He was an ever-present father who led by example with his excellent work ethic, drive, compassion, commitment and patience for everyone. As Papa, Kenny proudly attended his grandkids events. When they visit him, he took pleasure in playing with them and giving them treats.