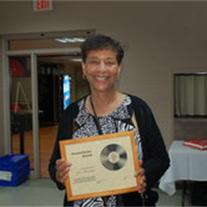 Janet Fern Camp was born on June 25, 1942 in Cincinnati, Ohio to Paul and Florence Camp. She was the first of two children.
Janet graduated from Central High School in 1959 and was employed by the Cincinnati Board of Education. She was joined in matrimony to Ronald Pleasant in 1963 and they were blessed with seven children. They later moved there family to Chicago, Illinois. She retired from Mayer, Brown, and Platt where she was employed for 17 years.
Janet accepted Islam in the late 1960s. She demonstrated her Islamic values in every aspect of her life. She was honorable, good natured and genuinely concerned for the well-being of others.
She leaves to cherish her memory a loving family, Ronald Murtadhaa, two sons, Ronald Pleasant, Michael Pleasant; five daughters Whitney (Mark) Hillman, Rachel Pleasant, Lafern Pleasant, Michelle Pleasant, Janet Pleasant; four grandchildren, Aneesah Pleasant-Stephens, Aaliyah Keys, Rick Dinning-Pleasant, and Hailey Hillman; a sister, Rachel (Jim) Anderson; two nieces Shelly Anderson and Erika Anderson and a host of other family and friends.

Jan began each day with a joyful heart, filled with positive expectancy. If challenge came her way she did what she must without worry or drama and appreciated the life given and the opportunities to arise. She gave to other in loving serviced to a positive influence on the world around her. Her joy emanated from Sprit within. It reflected the choice she made moment to moment.