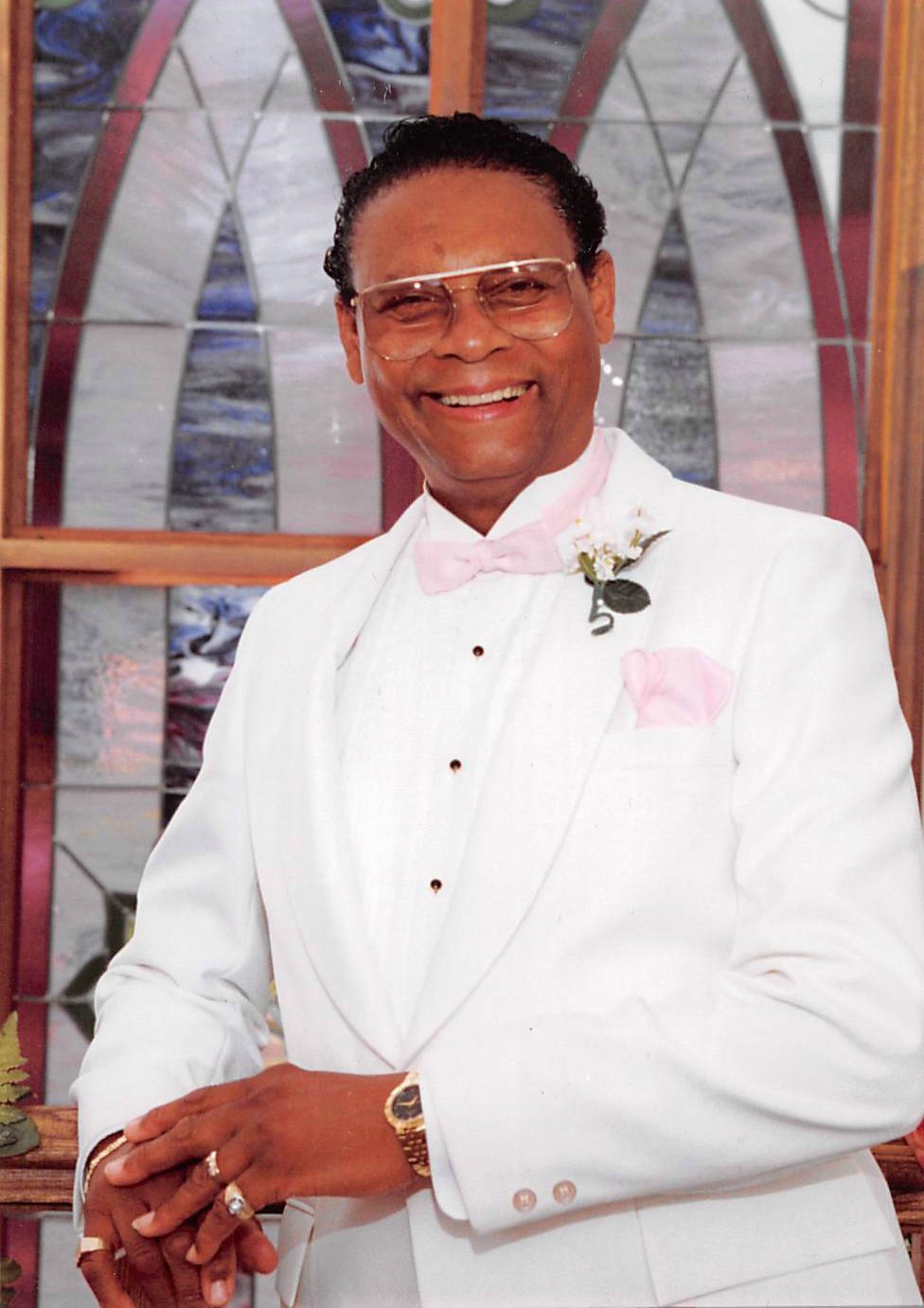 Handy L. Matthews was born April 21, 1927, to the union of the late Huriah and Minnie B. Holmes Matthews in Indianola, Mississippi. He had one sister who preceded him in death, Lovenia Westbrook. He was married to Alice Patsy Davis who preceded him in death. To that union was born three sons, Handy Emil (deceased), Michael Lee (Anna) and Rodney D. (Renee). He was also preceded in death by a niece, Pamela Westbrook, nephew, Anthony Westbrook, and a sister, Lovenia Westbrook.

Handy was educated in the Cincinnati Public School system and graduated from Olde Woodward in 1946. He completed his education at the University of Cincinnati with a bachelor’s in Criminal Justice and a master’s degree in Vocational Education in 1986.

Handy accepted Christ at an early age and was baptized at New Prospect Baptist Church where he has remained an active member his entire life. He was chairperson of the trustee board and advisor to the trustee upon his retirement.

Handy’s employment career was with the Cincinnati Police Department, where he served in the Juvenile Bureau and wrote the SRO program for the Cincinnati Public School system. This put policemen in schools. He also was instrumental with starting the Sentinels organization, a union for African American policemen. Handy retired in 1980 after 30 years. He finally obtained the rank of Sergeant. He began employment with Cincinnati Public Schools where he taught law enforcement and was a counselor until his retirement in 1992. He also worked part-time with Western-Southern Life in security until his health began to fail in 2008.

Handy was a devoted member of the Gothic Lodge No. 182, Sinai No. 59, King Solomon Consistory No. 20. He was honorary past potentate with Sinai No. 59 and a 33rd degree Scottish Rite Freemasonry Sinai 2005.

Handy’s greatest thrill came when his grandson, Michael, signed with the New York Giants and was on the winning Super Bowl team. Another outstanding moment was when he was honored by the Cincinnati Reds at the grand opening of the Urban Reds Baseball Academy in Roselawn in August of 2014. They named the Welcome Center at the entrance of the park ‘Handy Matthews Welcome Center’. His saying was “I got some roses while I was living.”