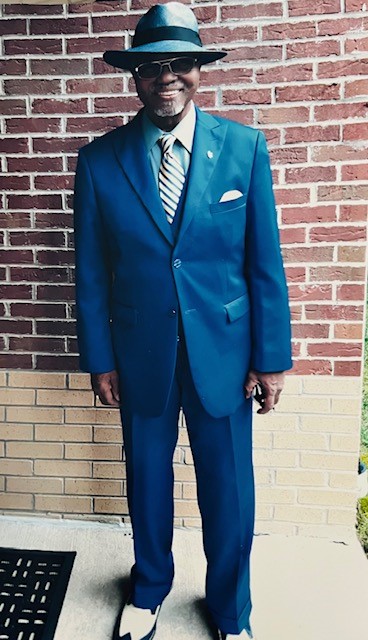 There’s no one Fred C. Sutton didn’t know in Cincinnati. Living and growing up in Cincinnati allowed him to befriend people from all walks of life, and he cherished every moment. No matter where he traveled, he always made new friends. Fred had the gift of gab and loved interacting and socializing with people. Fred took pride in where he came from, all the places he went, and his career.

Fred C. Sutton was born on April 10, 1944, in Albany, Georgia, to Jeannie Lue Ramsey and Mathew Sutton. Fred was baptized early and became a member of Bethel Baptist Church in Walnut Hills. As a youth, Fred attended Hoffman and Fredrick Douglas Elementary Schools and later graduated from Withrow High School in 1963. Although Fred had a slender physique, he decided to join the United States Air Force shortly after graduating high school in 1963 – 1969.

During Fred’s time in the US Air Force, he met and married Estella Allen. Their marriage led to the bearing of three precious daughters. Fred’s ambition and thirst for knowledge steered him to attend the University of Cincinnati, where he received a bachelor’s degree in Marketing/Marketing Management in 1979. His outgoing personality allowed him to work for companies such as Facet Communications (TV 48), Procter & Gamble, World’s Finest Chocolate, Bristol Myers Squibb, and Bank One. Fred later decided to scale back from working in sales and eventually retired from the VA Hospital, working as a Veteran Affairs Representative.

Fred was a proud member of Lincoln Heights Missionary Baptist Church. He participated in the Adult Choir, The Male Chorus, and the Forever Young Ministries. Fred was also a proud member of the Cincinnati Chapter of the Gospel Music Workshop Inc. for several years. He loved traveling to the various workshops and conferences where he constantly made new friends. Fred was also a member of St. John’s Lodge No. 3, F&AM Prince Hall Affiliate, King Solomon Consistory #20, and Sinai Temple #59.

From childhood to the last weeks of Fred’s life, he took every opportunity to dance. He enjoyed all types of music and loved dancing. Fred traveled around the Greater Cincinnati Area, participating in various line and ballroom dancing classes. He loved to dress and always admired fashion. His enthusiasm for playing and watching golf was so zealous that he forced his children to watch it on television while eating Sunday dinners. Fred’s greatest passion was attending athletic events to watch his grandson and great-nephews compete in various school sports.