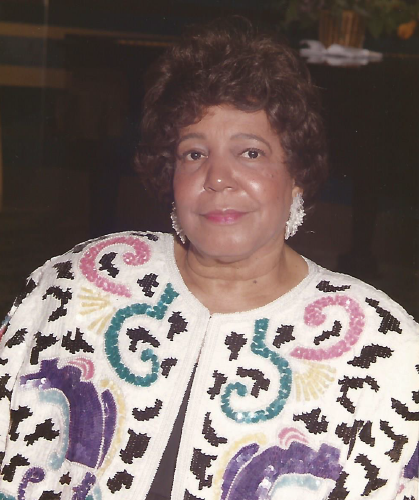 Sis. Eloise D. Milton was born in Beckley, West Virginia on November 3, 1925.  Eloise was the daughter of Ludie and Emma Duff who preceded her in death.  She had a brother, Cleophus Duff  and a sister, Ethel D. Snow, both of whom also preceded her in death. Eloise departed this life on February 6, 2022 at the St. Margaret Hall Nursing Home.

Eloise graduated from Stratton High School in Beckley. Then she attended Bluefield State College in Bluefield, West Virginia where she was a Delta Sigma Theta Soror.

At twelve years of age, Eloise accepted Christ at the Central Street Baptist Church in Beckley. Upon moving to Cincinnati, she joined the Jerriel Missionary Baptist Church under the Pastorate of the late Reverend A.L. Goodwin (1951).  Her membership remained intact through the leaderships of Rev. Dr. Melvin T. Jones, Bishop Michael F. Mack, Bishop Iva J. Durand to the present Rev. Dr. Johannon R. Tate. She was regular in attendance until her health began to fail.  She enjoyed visits from the Home Mission and Deacons. She kept abreast of church activities through these visits and by reading the Church Bulletins thoroughly.

Eloise was employed as a stock clerk at the J.C. Penney Store in Newport, Kentucky, in 1955, where she remained until she worked her way up Personnel Manager in 1968.  She retired in 1980, after 25 years of service.