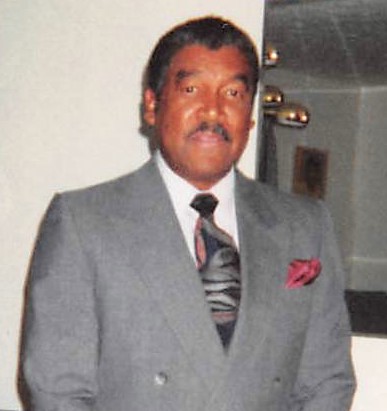 Don Richard Hamilton went to be with the Lord on Thursday, September 1, 2022. He lived to be 84 years of age. Don was born on May 26, 1938, in Georgetown, Kentucky to Leonard and Julia Hamilton. Don was a Christian and a member of Zion Baptist Church located in Georgetown. He was preceded in death by his parents and two siblings, LaBlanche Trail and Leonard Hamilton.

Don attended Ed Davis High School in Georgetown, KY and graduated in 1956. He continued his education, as he had aspirations beyond a high school diploma. Don moved to Cleveland, OH and attended Case Tech for a brief period of time. He took the knowledge he received and enrolled at the University of Kentucky from 1961-1965, where he received a degree in Mechanical Engineering.

Upon graduation, Don secured a position at General Electric in Evendale, OH as an engineer, working with the aircraft engine group. During a 28-year stint at GE, Don was featured twice in notable magazines such as Ebony. His success is to be commended.

Don was a man of many trades and talents, as a high school student, Don had a passion for doing body work on cars, which he taught and passed this knowledge to his nephew, William. After retiring from GE, Don continued to pursue other interests. He invested in real estate and in 1993 began to do concrete work putting in sidewalks, driveways, and patios. Don was a jack of all trades, but he was also a master of them all.

He is survived by his wife, Betty Hughes Hamilton of 64 years; one sister, Gwen Tucker of Pomona, CA; a special nephew, William Hamilton; a special cousin, Joyce Hamilton-Berry; two sisters-in-law, Mabel Hamilton, and Mattie Burdette; several nieces and nephews, as well as great and great-great nieces and nephews, cousins, and many wonderful friends. Don leaves behind a legacy of love, entrepreneurship, and the dispensed wisdom passed on to his family and friends. Know that Don lived his life well and on his terms. “I did it my way” is a fitting sentiment for his life. Rest in Peace, Don.