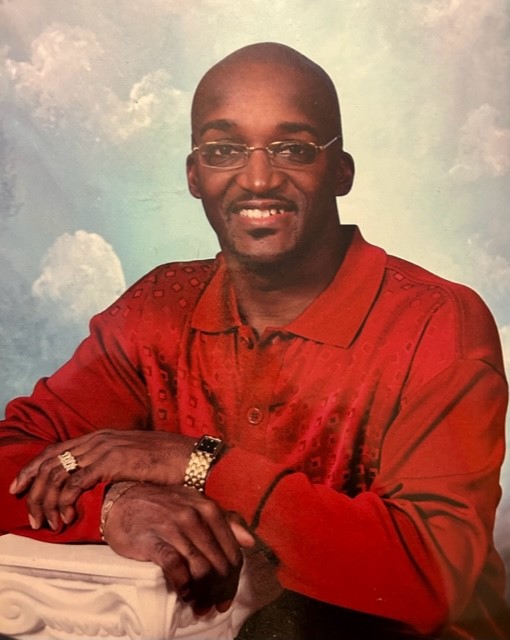 David Dornnell Hankerson 64, of Cincinnati, Ohio departed this life and transitioned into eternal life on Saturday, November 19, 2022. He was born August 29, 1958 to the late Lester Hankerson Sr., and Barbara Allison Humphrey.

David was educated in Cincinnati Public Schools. He graduated from Withrow High School in 1977. David was baptized at an early age by the late Rev. M.J. Mangham at the First New Shiloh Baptist Church.

He began his musical career as a drummer and later became a bass guitar player. He could also sing. His favorite song was “My Soul’s Been Anchored in the Lord”. Along with being an accomplished musician, David had several other talents and skills. He was a Master Craftsman, Barber, and fixed cars.

David was a DJ “The Party Wizzard”. He started his DJ career spinning at the Harps Roller Rink. He was also an excellent skater. You could always find him spinning at the Madisonville Reunion, Withrow, and Hughes Reunion among many other events.
He was always a very hard worker. His first job was as a Paper Boy. You would see him flying down the street on his bike early in the morning because he knew he was getting paid. He later worked for GE as an engineer for over 30 years. He retired from GE in 2018.

David never met a stranger! He talked to everyone. He loved to impersonate people and tell jokes. His joy in life was to see people smile. He was an extremely sharp dresser! He matched from head to toe.
He was a faithful member of the Masons, for which he served as Chaplain, as well as Wesley Smith Lodge #107. David was a faithful Prince Hall Mason and dedicated his life to the principal beliefs of the Order; Faith, Hope, and Charity.