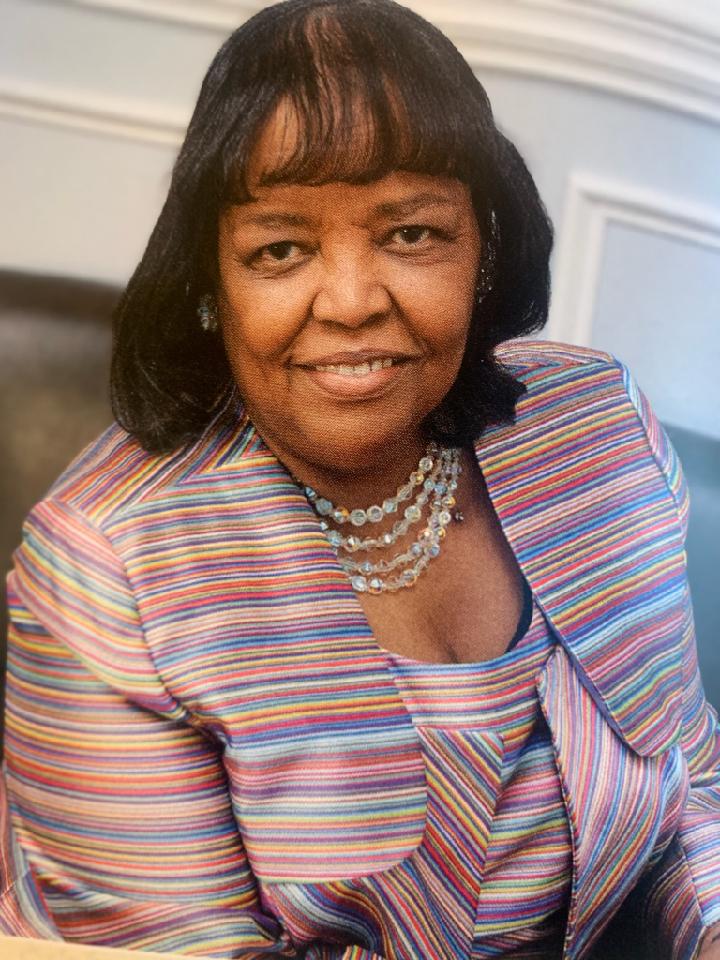 Claudia Elizabeth Martin was born on September 9, 1947, in Cincinnati, Ohio, the youngest child of Claude Edward Cornelison, and Mary Lee Cornelison.  Both preceded her in death. She was a loving sister to one older brother, Vernon Lee Cornelison. Claudia and her brother formed a “close-knit” loving relationship throughout life. As a child, Claudia enjoyed playing board games, puzzles, music, and summer visits to spend time with her grandparents in Berea and Louisville, Kentucky. Claudia accepted Christ at an early age and started her Christian journey at St. Simons of Cyrene Church in Lincoln Heights, Ohio. She attended St. Simons Elementary School and Our Lady of Angels.  She graduated from Lincoln Heights High School. She excelled academically and was a cheerleader.  During her time at Lincoln Heights High School, she joined Ebenezer Baptist Church.  After graduating High School, she was employed at the IRS as a keypunch operator.  During her employment, she met Philmore Martin Jr. They began dating on April 1, 1972.  They went on to marry on June 15, 1974.  To this union were born, two precious young ladies, Gia’ Cherise and Piper Leigh. She also had a stepson Marcus Wayne Martin and an adopted son Anthony Edward Martin. She loved her sons as if they were her biological children. Philmore and Claudia Martin raised their children as one family…no favorites or divisions.  Claudia Martin desired more children, but with her kidneys functioning only at 40% the doctors advised against it.  However, God granted her extended sons and daughters.

She eventually left the IRS and went to work for Proctor and Gamble in an entry-level position.  By the favor of God, she rose to the position of Supervisor in the Accounts Payable department. This allow her to be in the board room with individuals who had a much higher level of education than her. She would talk about being asked where she went to college and she would say “Lincoln Heights High School”. People would be surprised and she would give God the glory.  In the 1980s, she and her family joined New Community Baptist Church, under the leadership of Rev. P. Brown.  During her time at New Community, she was very active in the ministries of the church, which included the choir, youth, and missions to name a few. Claudia would later attend Temple Bible College with her husband.  Her teacher was Dr. Dessie Gwin.  She would later receive the baptism of the Holy Ghost while attending New Community.

In 1983, the family joined Good News Church Of God In Christ under the leadership of the Late Pastor James Henderson Quick Sr.  Her love for God and ministry continued.  Over her 27 years of service at Good News, Mother Claudia Martin was active in Vacation Bible School (VBS), Sunday School, Bible Study, Sanctuary Choir, Mothers’ Board, and Youth Department.  During her youth leader years, she and Deacon Roger Williams along with the other youth leaders would take the youth on trips to church conventions.  During her time at Good News, Mother Martin obtained her COGIC Evangelist Missionary license.

In 1993 she experienced complete kidney failure and had to go on dialysis.  After her kidneys failed, God let her continue to work in the ministry.  In 1995, she received a donor kidney.  During her transplant recovery time, God favored her because she experienced no pain  during or after the transplant. God’s presence was in her room so heavy that the Chaplain would come to her room just to sit.  The donor’s kidney was given a lifespan of 5 years, but it was still functioning at the time of her passing…27 years later…God’s favor.  After her transplant, she was appointed co-chairman of the Kidney Foundation.  She and the other co-chair were the first two African Americans to hold this position.

In 2010, she aided her husband in establishing Bread From Heaven (BFH) Outreach Church of God in Christ.  First Lady Mother Martin was active at Bread From Heaven until God called her home. Her contributions to BFH are endless.  She is famously known for her words of exhortation, which she spoke during Sunday morning services.  First Lady Martin loved and ministered to everyone in a very unique way.

Mother Martin was a gifted teacher.  She taught many classes throughout the years. She taught various ages on many different topics.  However, she is known for teaching classes on humility.

Not only was she dedicated to the ministry.  Mother Martin was also dedicated to her family.  Claudia Martin is loved by her family. She opened her heart to give love to every member.  She was excited to see all of her children graduate from high school and college. While she loved her children, her grandchildren had her heart.  Granny enjoyed having all of them around. She gave them all she had. She loved them and they love her.  She also enjoyed traveling to Gatlinburg, vacationing with her family, and cruising to Hawaii.

Mother Martin would go on to experience two bouts of breast cancer about 5 years apart. She was cured without chemotherapy or radiation.  In November 2021, she was diagnosed with cancer, Angiosarcoma. Through chemotherapy and radiation, she fought a good fight keeping the faith.  The God who makes no mistakes decided to call her home at 6:20 am on January 4, 2023.