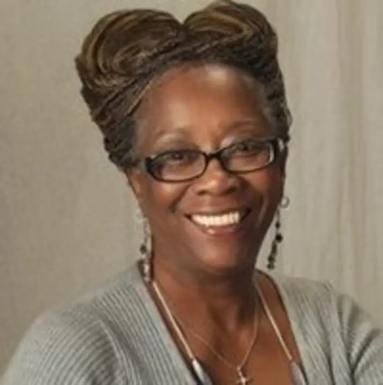 Carolyn Malone (nee Phillips) was born March 24, 1950, to the late Deacon James and Buena (Hilton) Phillips, in Cincinnati, OH. She entered eternity on December 7, 2022 and is now resting peacefully. She accepted Christ at a young age and was baptized at the Mt. Zion Baptist Church in Lockland, OH, under Reverend Otis Moss Jr. It was evident that at a young age, God had anointed Carolyn with the gift of song, and she was a member of the Youth Choir, Gospel Chorus, Allegro and Women’s Day Choir while a member at Mt. Zion. Carolyn joined the Harvey Singers to bless and entertain others with her musical talent.

Carolyn was the oldest of eight children and truly walked in her “daddy’s boots.” Clearly, she was a leader within her family, helping plan many family reunions, always the one called on for assistance, and providing a listening ear. Carolyn graduated from Lincoln Heights High School in 1969, and several years later, she went on to attend Virginia Union University in Richmond, VA.

Carolyn was a proud mother to her beautiful daughter, Anita Renee, and her son William Harold Malone III. She also adored her grandchildren, Maurice, Destiny, Desiree, and Marc II.  Not only was she a biological mother to her children, but she was a mother figure to many nieces, nephews, and auntie to many others.

Carolyn had a progressive, long-tenured career at Ford Motor Company Batavia within Human Resources, which would later merge with ZF Batavia. Embracing and living the spirit “lift while you climb.” Carolyn greatly influenced the diversity of hourly staff within Ford Motor Company, providing career opportunities for many, some she didn’t even know by name. Her influence at Ford Motor Company in Sharonville is still felt today.