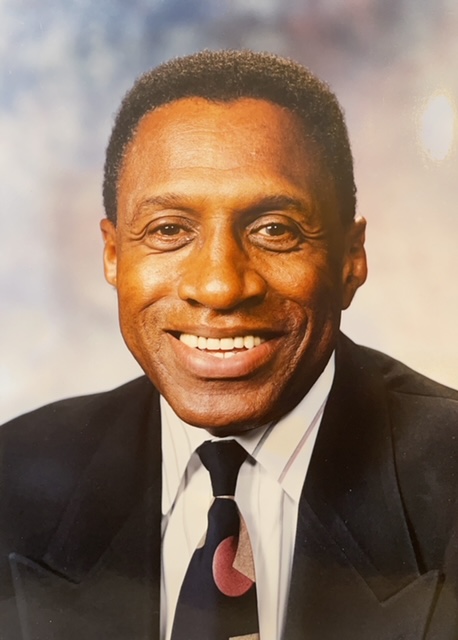 Carl Chanson Williams began a purposeful and fulfilling life on October 16, 1937, in Cincinnati, OH.  He was the fourth of six children from the union of the late Charlie J. Williams Sr. and the late Reverend Alcie L. Williams.

As a young child, it was evident he would have a profound impact on those who crossed his path.  A family friend told his mother, “He is going to be a champ (champion) someday.”  The prophecy stuck.  Carl became affectionately known as “Champ” to family and childhood friends.

Carl once told his niece, “I just want my life to have purpose.”  Hence, he set about conquering his goal in an intentional, yet gentle manner.  Carl’s legacy of excellence, commitment, and love will live on through those whose lives he touched.

His parents’ dream was for their children to pursue a post-high school education. Carl exceeded their aspirations by earning an Associate of Science-Engineering from University of Cincinnati, a Bachelor of Arts from S.U.N.Y Brockport, New York, and an MBA from the University of Rochester.  His father was so proud of Carl’s accomplishments that he collected his business cards to, in his words, “Show people who he is.”

Carl’s professional career began as an engineering draftmans with the City of Cincinnati.  He made integral contributions to the city’s infrastructure, which are still in place today. He saw the wave of the future and transitioned his career to computer programming in 1965.

Carl achieved great heights in the field of Information Technology. He was a pioneer in technology management as the country moved into the computer era. In the early 1980’s, Carl foresaw the domination that information systems would have on the world.  The traditional executive structure at the time encompassed the three C’s, Chief Exectuive Officer (CEO), Chief Operating Officer (COO), and Chief Financial Officer (CFO). Carl coined the designation Chief Information Officer (CIO) to recognize the significance technology would have on the survival of corporate America and the leadership required to catapult an organization into the next century.  While he was not the first to hold the title, he was the most notable. Carl had a significant impact in crafting the role from its early beginnings.  He held executive positions for many industry leaders including Xerox, Amoco, MacMillian Publishing, and Principal Financial.

In 1996, Carl recognized the need for diversity in the field of information technology, and started conversations around diversity with fellow industry influencers. These efforts were one of the cornerstones for today’s workplace Diversity, Equity and Inclusion (DEI) movement. He did not stop there.

He left his indelible mark on the industry as a founding member of the Information Technology Senior Management Forum (ITSMF).  This professional organization was formed to “reach, teach, and nurture aspiring technology professionals.”  Under Carl’s leadership, ITSMF “began recruiting Black professionals who ranked among the Who’s Who in technology along with companies and individuals that boldly dared to disrupt the status quo and seek more diversity, equity and inclusion among technology executives.”  The organization, for the past 26 years, has been thriving fulfilling its mission to cultivate “executive talent among Black technology professionals.”

While Carl had made great strides professionally, his life wasn’t complete until he met Clare Bathé.  He was captivated by her beauty and alluring voice.  The couple married in May of 1985. They shared a bond of love, laughter and singing throughout the years.  One simply had to observe the way they looked at each other to realize that this was a love match made in heaven.

He leaves to celebrate his life a beloved wife, Clare and daughter Ryan Michelle Bathé, son-in-law, Sterling K. Brown; grandsons, Andrew and Amaré; two sisters, Juanita Collins, and Rev. Sylvia Torrey; along with a host of devoted, loving nieces and nephews, as well as treasured relatives and friends.  In the hearts of many, Carl was truly a “Champ.”