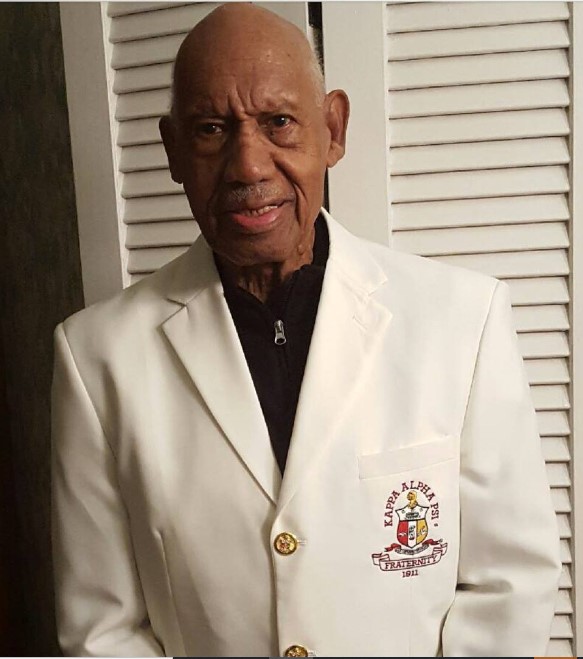 Carl Tuggle was born on January 24, 1925, in Cincinnati, Ohio, to Carl & Blanche Tuggle.  Carl was the third of four siblings, Ralph, Frederick, and George Tuggle who all proceeded him in death. Carl met the love of his life, Elizabeth (Betty) Jane Tuggle, at Central State University where they were college sweethearts.  They were married on November 24, 1951 and enjoyed 64 years of wedded bliss.  To this union, three daughters were born.

Carl was raised in the Over the Rhine and Mt Auburn neighborhoods of Cincinnati. He received his education at Taft Elementary and Woodward High School where he participated in various sports, such as the football, baseball, and gymnastics teams.  After high school, he was drafted and served in the U.S. Navy from 1943 – 1945 during World War II.  After his service in the Navy, he continued his education at The College at Wilberforce (Central State University), graduating in 1950 with a Bachelor of Education degree.  Carl then went on to receive his Master of Education degree in 1952 from Columbia University in New York City.  He also completed some post graduate studies at the University of Cincinnati and Xavier University.

He joined Allen Temple A.M.E. Church at an early age and was a dedicated and faithful servant.  Serving on the Junior Steward Board, the men’s choir, finance committee, chairperson of the yearly anniversary celebration, and served twenty-five-years on the Trustee board.

Above all his many different roles and titles, Carl was most known for his 39 years of work as a teacher, counselor, coach, and administrator.  He began his teaching career in 1952 at Hubbard High School in Sedalia, Missouri teaching physical education & coaching basketball and football.  His long career with the Cincinnati Public School System started in 1954 and retired in 1990.  Dedication and tireless work in the educating of Cincinnati youth, was his life calling.  He was very passionate about instilling the importance of education and integrity in all that he taught.

Carl was also well known for his involvement with the Port Chicago disaster and mutiny that took place in 1944, killing over 300 soldiers. He was one of over two hundred Black servicemen to       refuse to continue loading munitions.  Fifty of those sailors known as the “Port Chicago 50”, were charged with “mutinous conduct”, found guilty, sentenced, and dishonorably discharged from the Navy.  Although he was not a part of those 50 sailors, he was vigilant in the pursuit of an official exoneration for these men.  On June 11, 2019, a concurrent resolution was introduced in Congress to officially exonerate the “Port Chicago 50”.