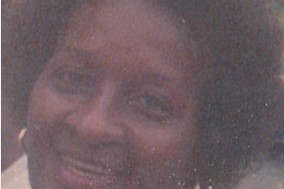 Barbara Aileen Holland, 82, passed from this life on Thursday, September 15, 2022 in her sleep at her home in Cincinnati, Ohio.

Barbara was born in Talbotton, Georgia in Talbot County on May 5, 1940. She was the much beloved fourth daughter of the late Beatrice Williams (maiden) and William Frank Ellison. Barbara Is now reunited with her four dear sisters with whom she grew up: Vera, Renee, Miriam and Bea.

Barbara moved to Cincinnati with her family and graduated from Hughes High School in 1958. She worked in several industries over the years, in occupations ranging from secretary to domestic worker to assembly line worker, but her true “calling” was music and playing the piano. Barbara taught herself how to play the piano by ear as a child and eventually learned to read music. She continued playing piano for nearly sixty years for several Baptist and Holiness churches in the Greater Cincinnati Area often performing alongside her mother and her four sisters who sang together.

Barbara retired from LSI, Inc. in 2000. She enjoyed the next 15 years of retirement working in her garden, walking on nature trails, spending time with her kids, and raising her grandson, Jacob. She loved words, puzzles, butterflies, and enjoyed reciting poetry, plays, and particularly the Gettysburg Address which she learned by heart in high school. In 2016, Barbara lost her mobility due to several health issues. In 2020, she lost her youngest son, Jason, 47, to Covid-19 in the initial months of the pandemic. Despite this devastating loss, Barbara continued to love and share her light and say a special daily prayer for her children, her nephews, nieces, and everyone, including the nameless homeless man, woman, or child walking the street. Though she is no longer with us in this world, her love, light, music and special prayer continue to guide and comfort us.

Barbara is survived by her oldest son, Kelvin (and wife Mel), her daughter Kim Kolis (husband Ed), and her beloved grandson Jake.