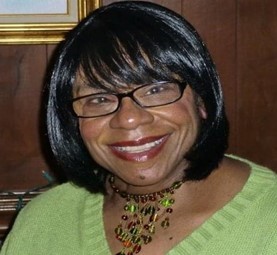 Loretta Shackelford Warren entered this world on February 5, 1944. She was the baby girl of Lloyd B. Shackelford and Beulah B. Shackelford (Brock). She departed this life on Saturday, July 2, 2022 to sit at the right hand of her Heavenly Father. She was preceded in death by her sons Leonard and Robert Warren; her sister JoAnn Shackelford Daniels; and her mother and father.

Loretta was raised in the City of Lincoln Heights, Ohio. She graduated from Lincoln Heights High School in 1963. Loretta was married to Leonard Warren Jr. She joined Lincoln Heights Missionary Baptist Church in 1997 and was baptized. Loretta excelled at music and dance. She competed with her classmates in the prestigious city-wide “Jabberwock” competition. The Jabberwock is a variety talent show that featured the best talents in the city. Loretta and her classmates showed up and showed out! Loretta loved to dance, and she formed a dance group called the Vontastics. These talents would serve her well later as a playboy bunny in Chicago.

Returning to Cincinnati, Loretta took real estate classes and administrative course work at Cincinnati Technical College. She began serving the Lincoln Heights community at the Neighborhood Community Services. She helped many residents get summer jobs and other families apply for critical support services. Her career exploded as she served a critical role in the transition of the Lincoln Heights High School merger with Princeton Independent School District. Loretta supported the school leaders with the administrative tasks that underpinned the successful transition of Lincoln Heights into the Princeton School District. Loretta served Princeton for 30 plus years as a coordinator for the adult night school program. She was critical in supporting many students in achieving their educational goals.

Following her very successful career at Princeton, Loretta became the Executive Assistant for the City of Lincoln Heights Village Manager. For the next 10 plus years, she supported all aspects of city administration from tax planning, zoning, and purchasing. She was known for organizing the Lincoln Heights Days. The family day celebrations were legendary. She would coordinate entertainer contracts, vendor booths, amusement park rides, parades, and the soap box derby. These celebrations also became a substantial source of revenue for the Village.

The Vivacious Loretta and her dance partner, Stewart Isaac, won first place in a city-wide dance contest. The trophy was presented to her by nationally renowned radio personality, Mr. Tom Joiner. Loretta was in her sixties!!!

Loretta loved her family and as a single mother of two, she worked hard to instill in her children family values and a sense of community. Her family was loved by the community, which was on full display with the early death of her youngest son “Bobby” Robert Warren and with the tragic loss of her first born “Butchie” Leonard Warren, who graduated from Princeton and went on to study at Central State University.  Butchie was known for helping the community youth construct their soap box cars. Loretta also supported her brother, Lloyd Stephen Shackelford’s college and professional career. She assisted him in Graduate School with his master’s thesis on Lincoln Heights revitalization entitled “The Tigers Lair”.

Loretta leaves to cherish her memory her loving sister, Charlotte V. Powell and two brothers, Lloyd Stephen Shackelford (Mary E.) and Dale Wayne Shackelford; two grandchildren, Leonard M. Warren IV and Jacquia Burnett (Eugene); three great grandchildren, Cadence Warren, Braelyn Burnett, and Quade Burnett. She also leaves a host of nieces, nephews and cousins to cherish her memory.  Although we are all hurting, we can celebrate the fact that she is no longer suffering or in pain. So instead of being sad, let’s celebrate her homegoing by remembering the Life of Loretta Shackelford Warren, one of the true “Miss Lincoln Heights”!!!